Antique jewellery can refer to pieces from the Georgian Era through to the mid- century. Each era features its own unique characteristics.

In this era garnets, pearls, turquoise, amethyst and roughly-hewn diamonds were all popular. Naturalistic designs featuring flowers, insects, birds and feathers were common.

Natural designs featuring flowers, trees and birds were all popular. Early Victorian jewellery was delicate but later Victorian jewellery became heavier and more stylised as a result of the Gothic revival. The death of Prince Albert in 1861 fuelled a demand for mourning jewellery featuring jet. Whitby jet was highly prized and considered of the best quality.

The jewellery from this era featured garlands, ribbons, urns and bows. Platinum set with diamonds became popular. Moonstones and pearls were also popular.

Geometric patterns were popular at this time. Stones were cut into triangles, pentagons or oblongs. This era was heavily influenced by the cubist movement. Women favoured long strings of pearls and panelled diamond set bracelets. It was popular to contrast white diamonds with coloured stones.

During this era jewellery tended to be big, bold and beautiful. Favourite designs were curves, ribbons and bows. Jewellers experimented with mixing different colours of gold and large semi- precious stones were often set alongside smaller precious stones.

Chunky pieces of jewellery with textured gold were popular at this time. Cocktail rings were very much 'in vogue'. Designs featuring drapes, bows and ribbons were all very popular. Turquoise, cultured pearls, coral and amethyst were all fashionable.

At Dean's of Ossett we have a large selection of antique pieces of jewellery. With our expert knowledge we can guarantee the provenance and quality of all our vintage and antique jewellery. Many of our antique pieces have a timeless style and quality. Indeed many young couples are now opting for antique engagement rings in preference to modern rings. Whether you are looking for a gift for someone special or a piece of jewellery for yourself we have a large selection of antique rings, necklaces, earrings, brooches and lockets for the ladies and cuff links, tie pins and signet rings for the gentlemen. You too could become the proud owner of a piece of history. 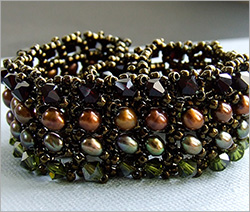 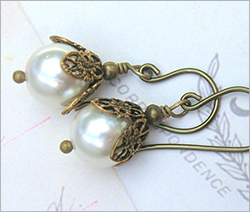 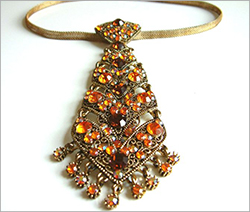 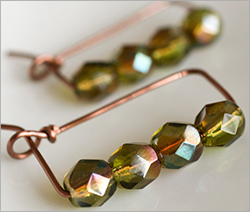 I love this necklace, it is very sweet and quite pretty. goes with mostly anything, very comfortable and I wear mine everyday